China's egg breeding is still characterized by small scale, large population and wide distribution, but it is developing rapidly in the direction of scale, intensification and regionalization, especially in recent years, the pressure of environmental protection policies has promoted the development of this trend, at the same time, the development of scale, intensification and regionalization has also brought new challenges to the long-distance transportation of fresh eggs.

In the aspect of fresh egg consumption, the consumption of raw shell eggs is the main one. Half of the world ago, the United States, Canada and Europe began to clean, disinfect, grade and package eggs. At present, the United States accounts for about 33%, Europe for 20% - 30%, and Japan for 50%. In China, the primary processing of fresh egg cleaning, disinfection, grading and packaging started late, but developed rapidly. At present, the market share is about 5%. At present, fresh egg cleaning, disinfection, grading, packaging and sales are the main development direction of egg industry in China.

In terms of fresh egg logistics and transportation, cold chain logistics is adopted in the United States, the European Union, South Korea, Japan, Hong Kong, China and other places, and refrigerated cabinets are mainly used in supermarkets. In China, the transportation of fresh eggs is mainly based on the basket type normal temperature storage and transportation. The biggest problem of this transportation mode is that the loss is large and the product quality can not be guaranteed. Especially in the hot summer, the product quality problems caused by the damage and deterioration of eggs are seriously complained by consumers, and at the same time, there are great hidden dangers of food safety.

With the development of economy and the improvement of people's living standard, people put forward higher requirements for product quality, which requires freshness, safety and no pollution. In order to alleviate the pressure of the food industry, improve the competitiveness of the food industry, ensure the high freshness, nutrition and safety of food, and meet the needs of customers, the cold chain logistics of food is the last key step to ensure the food from the farm to the dining table. At present, China's cold chain transportation and logistics industry has also been developing rapidly. At present, some domestic enterprises have begun to use cold chain logistics to transport fresh eggs, such as Deqingyuan, Zhengda and Shengli music.

In the process of drafting the standard, the following work was mainly carried out:

The relevant standard materials at home and abroad are searched

(3) Drafting of the first draft of the standard

In order to make the standard effectively regulate the egg market in our country, on April 16, 2018, we asked for public opinions, sent 13 units in total, and collected 11 opinions from 3 units, including 7 adopted and 4 not adopted. 8 units have no comments.

On XX, XXXX, the circulation industry promotion center of the Ministry of Commerce organized domestic egg experts to review this standard, and the review team put forward XX effective opinions on this standard.

The revision of this standard persisted in its advanced nature, scientificity, universality and operability. In the process of revision, referring to the standards of Europe and America and other countries, combined with the production, packaging, circulation and sales of fresh eggs in China, based on the conditions of our country, we strengthened operability and improved the application of the standard. In addition, we should try our best to keep in line with the current relevant standards. In the process of compilation, we should adhere to high standards, strict requirements, and draw on the strengths of many families. No matter in the process of data collection, literature query, or data analysis, we should treat every link in the process of standard designation with a scientific and rigorous attitude, highlight the scientificity and applicability, respect the opinions of experts from the same industry at home, and strive to improve the quality of standard compilation.

(1) It is beneficial to regulate the egg market and ensure fair competition among egg production enterprises, so as to protect the interests of consumers.

(3) It is conducive to promoting the egg market in line with international standards, enhancing international competitiveness and increasing foreign trade.

(4) It is beneficial to promote the development of production technology of shell and egg grading packaging and the integration of egg industry in China.

During the revision process of the standard, some foreign relevant standards were consulted, such as the UNECE standard "edible hen egg in shell No.1" (2009) (2010) of the European Union and the egg grading manual USDA of the United States. These standards mainly made product quality requirements for some nodes in the circulation process. During the revision process, the reference to these standards also considered the domestic current egg products The actual situation of the industry.

The standard of cold chain circulation of fresh eggs conforms to the relevant current laws, regulations and mandatory national standards, and there is no conflict.

8、 Other matters to be explained 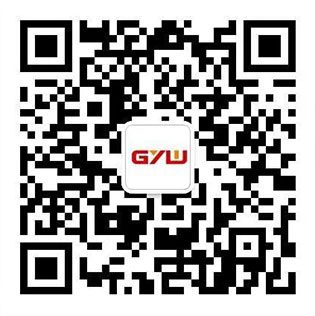